You are in: home › Murals › Vitoria-Gasteiz » No present nor future without memory 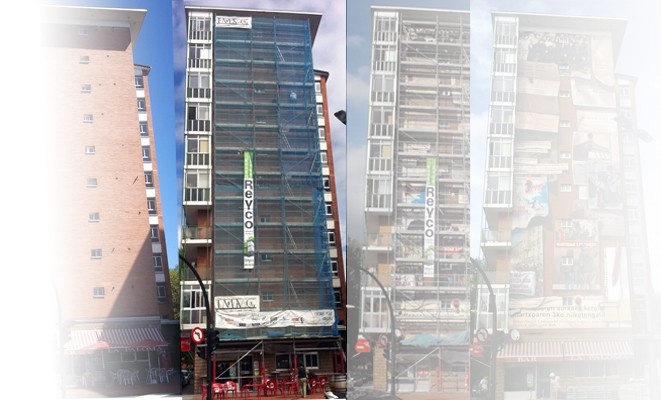 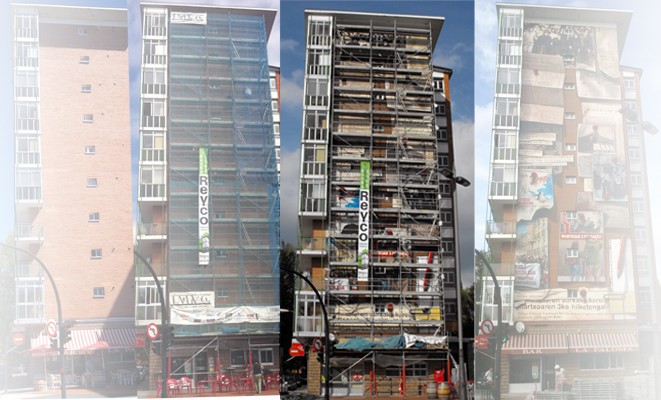 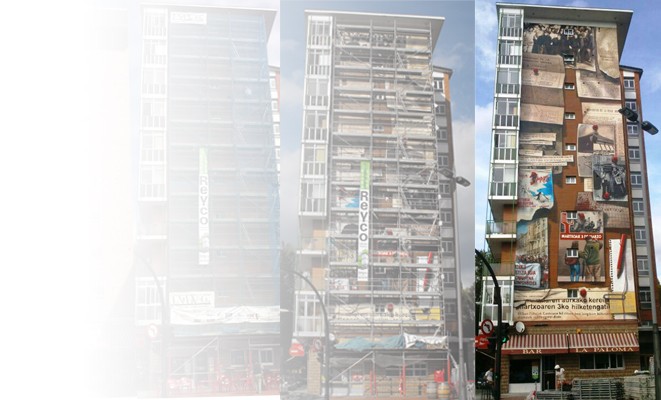 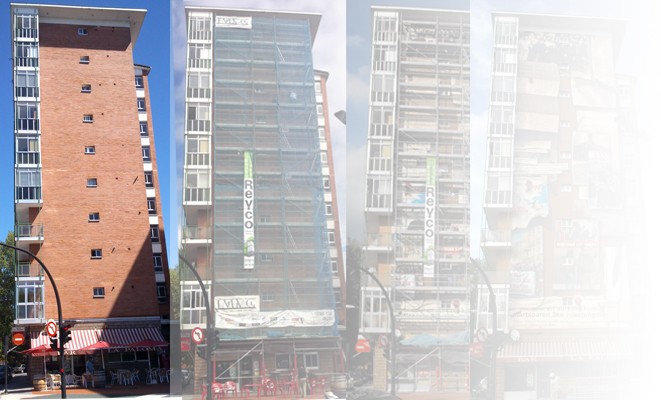 No present nor future without memory

This is the first mural in the Zaramaga neighborhood of Vitoria-Gasteiz, and marks the beginning of IMVG´s expansion outside of the medieval quarter. Because many people have suggested it and because the neighborhood´s working class roots demand it, the mural is about the events that took place on March 3rd, 1976.

On March 3rd, 1976, within the context of a tense and ongoing worker´s struggle, 5 workers were killed and more than 100 were injured, the majority by gunshot. This was the outcome of a police siege on the church where the striking workers were conducting a general assembly.

The mural interprets this historic event, which still to this day is not recognized officially as a crime against  the population. 37 years later the victims and their families are still fighting for justice, recognition and reparations.

The mural uses archival documentation (photographs, newsclipping, etc.) within a vertical composition that flows chronologically from top to bottom.  At the top we find references to the events prior to the day in question (strikes, demontrations, etc.), towards the center, images that reflect the day´s events, and towards the bottom lessons to new generations and references to the current state of legal demands by the victims and their families. In addition there is a blank paper and a pencil, alluding to the history that still to be written by future generations.

The mural is on a 9-story facade directly in front of the church where the events ocurred.

As part of the participatory workshop, public presentations and discussions were held around the topic.
Here you can see the calendar of events that took place.

In addition a blog was created that offered a day-to-day glimpse of the personal stories that took place on and around the scaffold.